Project Cartographer v0.6 Update and Changelog
​
Hey everyone! Today we are happy to bring you Project Cartographer's v0.6 update which includes numerous fixes and additions such as the long awaited ranking system! Listed below will be patch notes and details.


Ranks:
With this update we are adding a new stats and ranking system, this means that your stats will be tracked across all games that you play on a server. Player hosted matches will not have stat tracking at this time but may be added in the future.

Ranked servers are invite-only and must be manually activated to track ranks and stats.

All ranked servers will have a ☑checkbox in the server name or description.

Ranks are based on playlist, not server. Multiple servers can have the same exact playlist and your will rank will be the same in those servers.

The ranking system will function as the original Halo 2 Xbox ranking system, with a slight modification. Since we do not at this time have a matchmaking system, there is a single change to allow it to work seamlessly with the Server browser. We will go into detail of this below.

As most know, in Halo 2 ranked games will only match players against others within a certain rank range of their own. Since we are using a Server browser, there will be cases in which players be in matches with others outside of what they traditionally would be playing against in a ranked Matchmaking game.
The single change implemented is to a player's XP gain and loss in matches in which have players that would be outside of their rank range. What does this mean? Well, we wanted to preserve the grind factor that Halo 2's ranking system has and if left untouched there would be cases of possible extreme XP gain or loss. As an example, a very low ranked player could win against a very high ranked player(s) and the low player would go up substantially in ranks. Likewise, a high ranked player would lose a substantial amount of XP and go down by possibly many ranks based on lower ranked player(s) in the match. To compensate for this, we treat players that are higher or lower than a player's rank range as the lowest or highest rank they would have normally been playing against.


Ranked server functionality:
Ranked servers will not start until the lobby reaches required players for that playlist. Once a server starts, it will generate a VIP list of players based on those in the game at that time. If anyone in the game quits or lags out, they may re-join before that game ends and finish it. No other players will be allowed to join until a ranked match is complete.


Party joining in servers:
With the launch of ranks we wanted to provide players with a way to join a lobby with their friends and ensure that they are all on the same team, similar to matchmaking. A player can host a custom game lobby and have their friends join it. Once all players are in the custom game lobby, the host can use the "Find Game" button to search for a server of their choosing and join it bringing their party with them and keeping them all on the same team if it is a team based game variant.


Anti-cheat:
With the release of 0.6, we are implementing our brand new anti-cheat. This will be running on all official and Ranked servers. Players who host their own Dedicated Servers and Custom games can choose to disable the Anti-cheat if they wish for modding or glitching games. To disable the anti-cheat for your custom game, simply open the Cartographer Advanced Settings menu and under the Host & Campaign options list you will find the option to turn off the Anti-cheat. Dedicated Server owners will find this setting in the Server config file.
With the release of our new Anti-cheat, we will also be unbanning ALL previously banned accounts and allow them to play again. Enjoy.


New Cartographer Advanced Settings menu:
We have added a new menu system into the Project to replace the old one. The new menu can be one of three ways: The HOME button, the tilde key (~), or you can simply use the Cartographer button on the main menu and select Advanced Settings. In the new menu you will find all the original settings from the old menu, some of which have been reworked for better functionality, as well as several new settings.
*Note* Host & Campaign settings will only be visible when in those lobbies.


New Controller input settings:
As apart of the new Cartographer Advanced Settings menu mentioned above, we have added some new Controller Input settings with this update. A new "Modern" aiming type can now be selected. This will change your deadzone curve to be smoother or more "rounded" when rotating the thumbstick. We also have added in percentage based Axial and Radial deadzone sliders. Radial deadzones are not in Halo 2 by default, so we have added options to choose between using both, only using Axial, or only using Radial.
You will also find a new visualizer when these settings are open for you to see your values being set in real time as well as a dot which will represent your thumbstick. It will turn green when you have drift or are outside of the deadzones, and red when no input is being applied and you are within the deadzones.
You will also find a new sensitivity slider available. This is an "infinite" numeric value. This will allow you to be as precise with your sensitivity as you would like. Any number you are not able to set with the slider can be manually enter in the box next to it. 1-10 sensitivity on this slider is the same as the 1-10 sensitivity options in the game's main menu.


New Mouse Input settings:
Like with Controller, we have added in some new Mouse input settings as well. Mouse and Keyboard players now have a sensitivity slider with an "infinite" numeric sensitivity value. Any number in which you are unable to set with the slider can be manually entered in the box next to it. Players can now choose to enable and disable Raw mouse input instantly without having to restart the game.
We have also added the option for players to press the Spacebar on their death cam to switch between players like how controller players are able to.


Experimental Render Changes (Uncapped FPS):
In the Video settings tab of the new Cartographer Advanced settings, you will find an option to enable a new Experimental Render Changes fix for uncapped FPS, this is very work in progress and no where near completion, however we would like feedback on it's current state. If you wish to use it, simply enable it and restart your game. Be sure to set 0 in the FPS limit box to uncap your FPS.


Stats:
We will have a stats site profile page for looking up your and other's accounts stats and rank details as well leader boards very soon! This will not require an in-game update and we will put out an announcement once the site is live.


Thank you all so much for being patient with us while we worked on this update. Special thanks to Demonsako for some last minute MOTD touches. If you have any questions or feedback, please post here on our forums or join our Discord.
Have a very merry Christmas and a happy new year!

https://www.halo2.online/threads/project-cartographer-0-6-update-thread.4213/
[QUOTE = "Big TwEEkx, publicación: 18111, miembro: 265"] https://www.halo2.online/threads/project-cartographer-0-6-update-thread.4213/ [/ QUOTE]
re hay lo descrgfao ??
INGRESO AL juego y estoy online y de repente se sale del juego y se va directo a la pagina del proyecto . que está pasando?
Developers, before the update was released my game had a stuttering issue, when i revolve around an object or car and looking at it, my game stutters, the only fix for this is to set my game on 30 fps limit and it fixed it, after this update was released the stutter came back and i tried go with my 30 fps limit method but it didn't fix it this time, any idea?
i really loved the old carto menu, i know the new one looks simple but the new menu makes me feel like i am using PPSSPP emulator
yo INGRESO al juego y entro a partidas online y de repente se sale y me lleva a la pagina que hago que pasa ?
Text Translated into English (Texto Traducido al Ingles)

I would like to congratulate you for the update, thank you very much, the game is very fluid and the sensitivity is epic fast, although I am left with the desire to add something new to the zombies mode.

Still I would like to report a few small bugs with the new update:

1) In the Spanish language, when pressing the key ñ the tilde key (~) (in our keyboard layout it is the ñ) vital in our conversations the advanced home configuration opens I would like to remove that since it is used a lot in our language and the home button is enough
2) Before I activated the black eye skull (black eye) to remove the snow on the maps because that effect used to happen in lockdown thus giving me more fps in exchange for removing the blizzard, however now it does not work
3) The zombies now have a much greater range understand that the shotgun and the magnum are not enough should be given as a secondary weapon a random weapon

4) The advanced added options are in the English language, I really would like to help you translate for the next update since the Hispanic community of which I am a member would greatly appreciate it

Add a mist to avoid seeing beyond a certain range on slow devices that way only the player's visual is loaded until where the range of weapons allows it, similar to Dragon Ball Online

add the possibility of adding two new variants for the player's model, in that case a mark variant chosen by community vote and a sangheili variant of which I have some renderings extracted from halo online that I would like to share with you

A special rank for collaborators and moderators within the game

Finally let me help in the translation of the forums into the Spanish language, my contribution as a volunteer in a project that means a lot and especially for my life project is very good, reconsider it 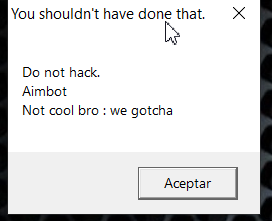 It would be nice a expectator mod for the games in matchmaking. For everyone who wants to see a game: players could watch different strategies and streamers colud cast much more effectively (if someone wanted to).

Also, if there is any possibility to make tournaments I'll be eternally grateful.

A very warm greeting to the team of Project Cartograper.
Ok
Can someone pass me the latest update since it won't let me download it
viagra 8 comprimГ©s prix